The first expedition of the E5 Coral project left from Florida and Rhode Island on December 31st, just in time to say goodbye to 2019 and welcome 2020 right after arriving in Tahiti.

The major goal of the first E5 Coral expedition was to set the logistic resources and field monitoring sites for starting developing the fieldwork in Moorea.

A lot of time and effort was behind the planning of the first E5 Coral expedition, including flight schedules, immigration applications, permits, and accommodations. Yet, the most intense effort was waiting for the team both in the field and in the lab at Moorea.

Flights departed from Miami and Providence to gather the E5 Coral team in San Francisco before departing for the long flight to Tahiti. After more than 24 hours of traveling against the time change, the team made it to Tahiti on time to say goodbye to 2019.

No time for celebrations,

the success of the first expedition

depends on a tightly organized planning.

Upon arrival, the team made a night in Tahiti in a hotel close to the ferry to board an early morning shuttle for Moorea. Although new year’s eve celebrations had to be cut short, there was still some time to enjoy a beer and see the fireworks before the fatigue took us out to sleep. The next morning came soon, along with the feeling of jet lag, but that did not stop us from arriving in Moorea with enough enthusiasm to get things started.

The first assignments consisted of setting the equipment in the lab at the Gump Field Station, ranging from coral fragmentation, tissue dissection, and symbiont counts, to physiology analyses, DNA, and protein extractions. The next morning, a group of researchers headed for the Moorea coral reef in front of Cook’s Bay to set the three field sites on which the first part of the project will be based upon.

Setting up an efficient work routine

With lab and field sites ready, the team started to sample 13 colonies of each Acropora, Pocillopora, and Porites in each of the 3 locations chosen. Fragments, along with algal samples for nutrient estimations, were brought to water tables and the lab to get analyses started. On one hand, tissue extraction and quantification of symbionts, proteins, DNA, etc. On the other, quantification of respiration and photosynthesis in live corals. All this work was conducted nonstop over 14 consecutive days by a team of 7 people. This first trip provided a great training opportunity for the team members and set a realistic measure of the maximum workload attainable by researchers during future trips. 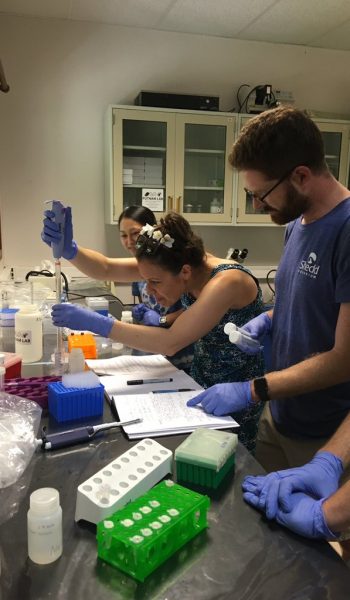 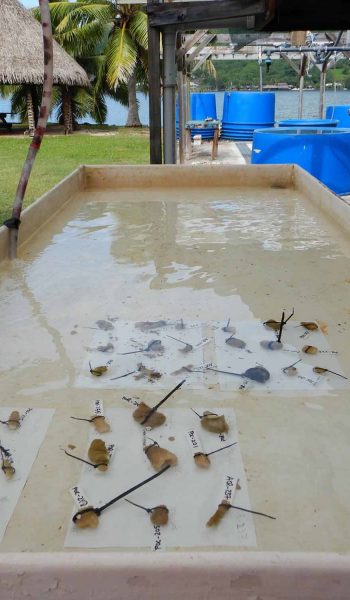 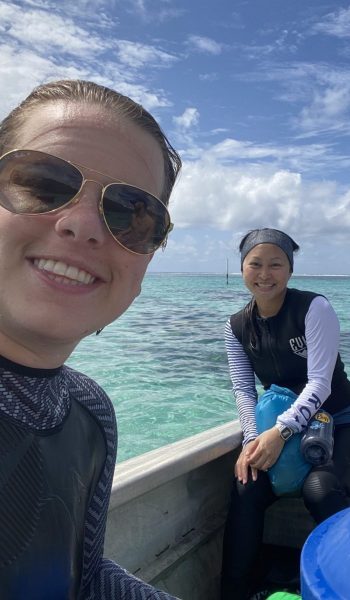 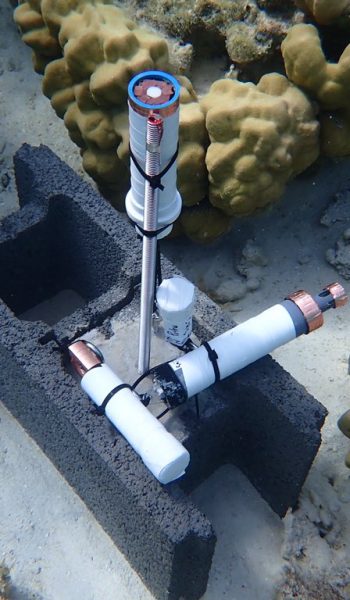 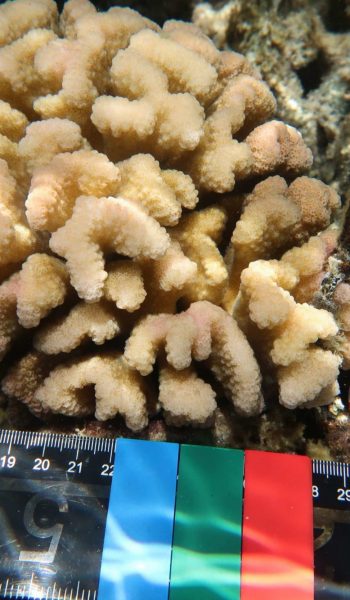