Acropora are branching and tabular corals that grow quickly and provide extensive three-dimensional habitat for fish and other marine life on coral reefs.

Acropora is the most species-rich genus of stony corals. They are colonies of individual polyps, which are about two mm across and share tissue and a nerve net.

This species are important reef builders but are also some of the most environmentally sensitive species in the planet.

Acropora’s polyps can withdraw back into the coral in response to movement or disturbance by potential predators, but when undisturbed, they protrude slightly. The polyps typically extend further at night to help capture plankton and organic matter from the water on which they feed.

Environmental destruction has led to a dwindling of populations of Acropora, along with other coral species. Acropora is especially susceptible to bleaching when stressed. Bleaching is due to the loss of the coral’s zooxanthellae, which are a golden-brown color. Bleached corals are stark white and may die if new Symbiodinium cells cannot be assimilated.

Acropora corals are broadcast spawners and hermaphrodites meaning each colony releases both male and female gametes. They do not transmit symbionts to their offspring, so juvenile Acropora corals take symbionts up from their environment and are therefore symbiotic generalists. These branching species also often reproduce asexually through fragmentation when a piece of a colony breaks off and reattaches to the substrate, growing into a separate but genetically identical colony. 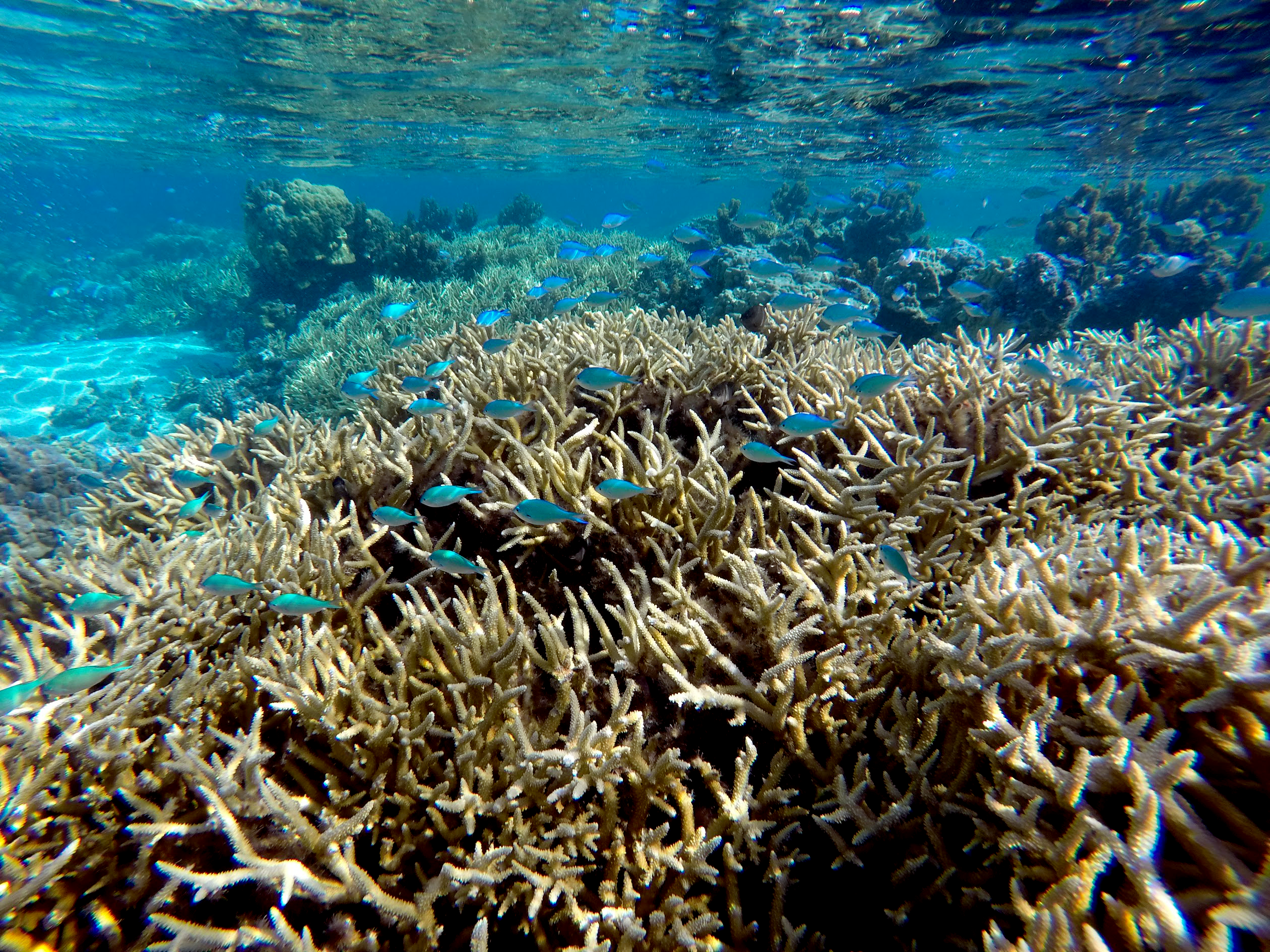 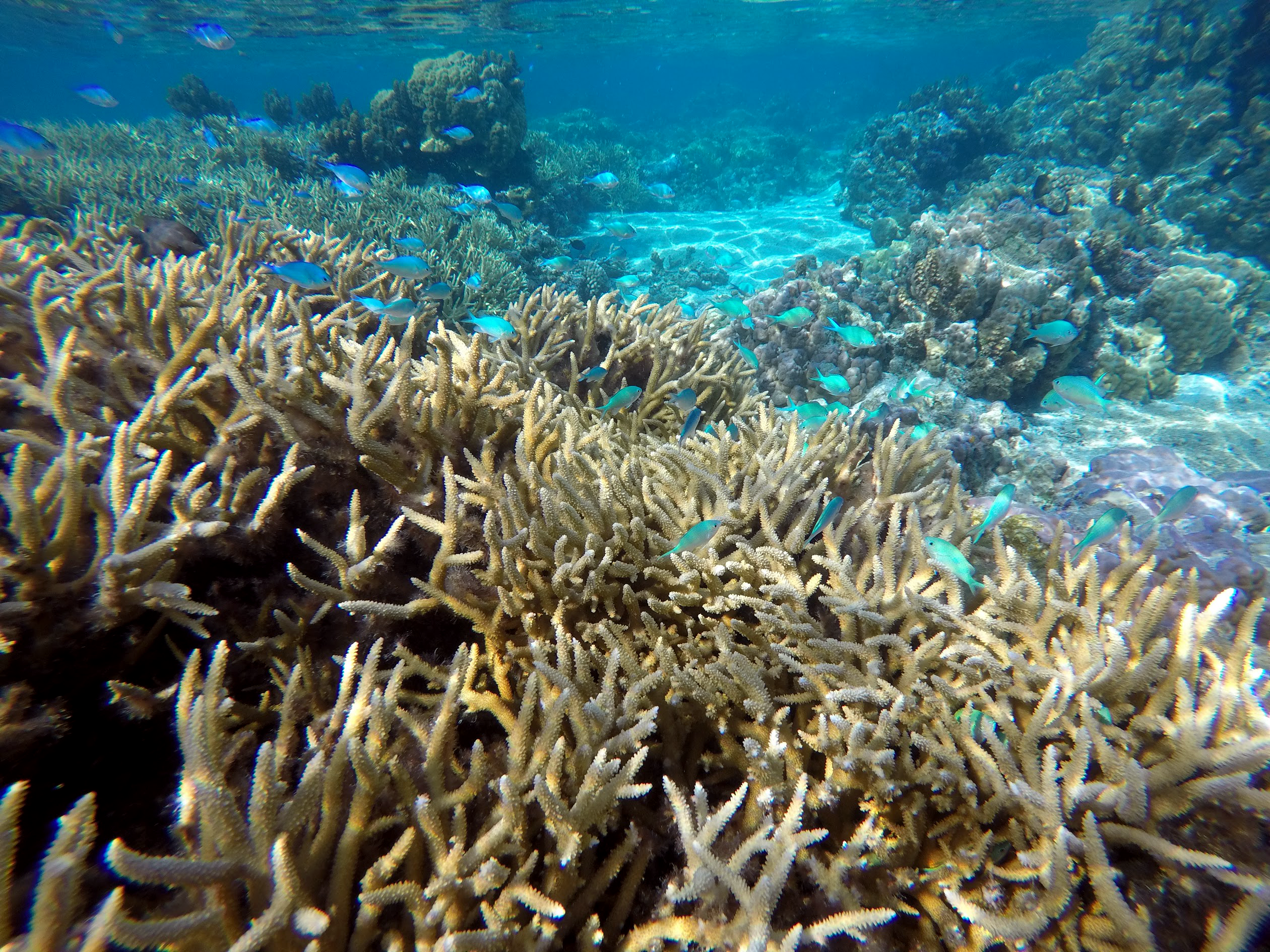 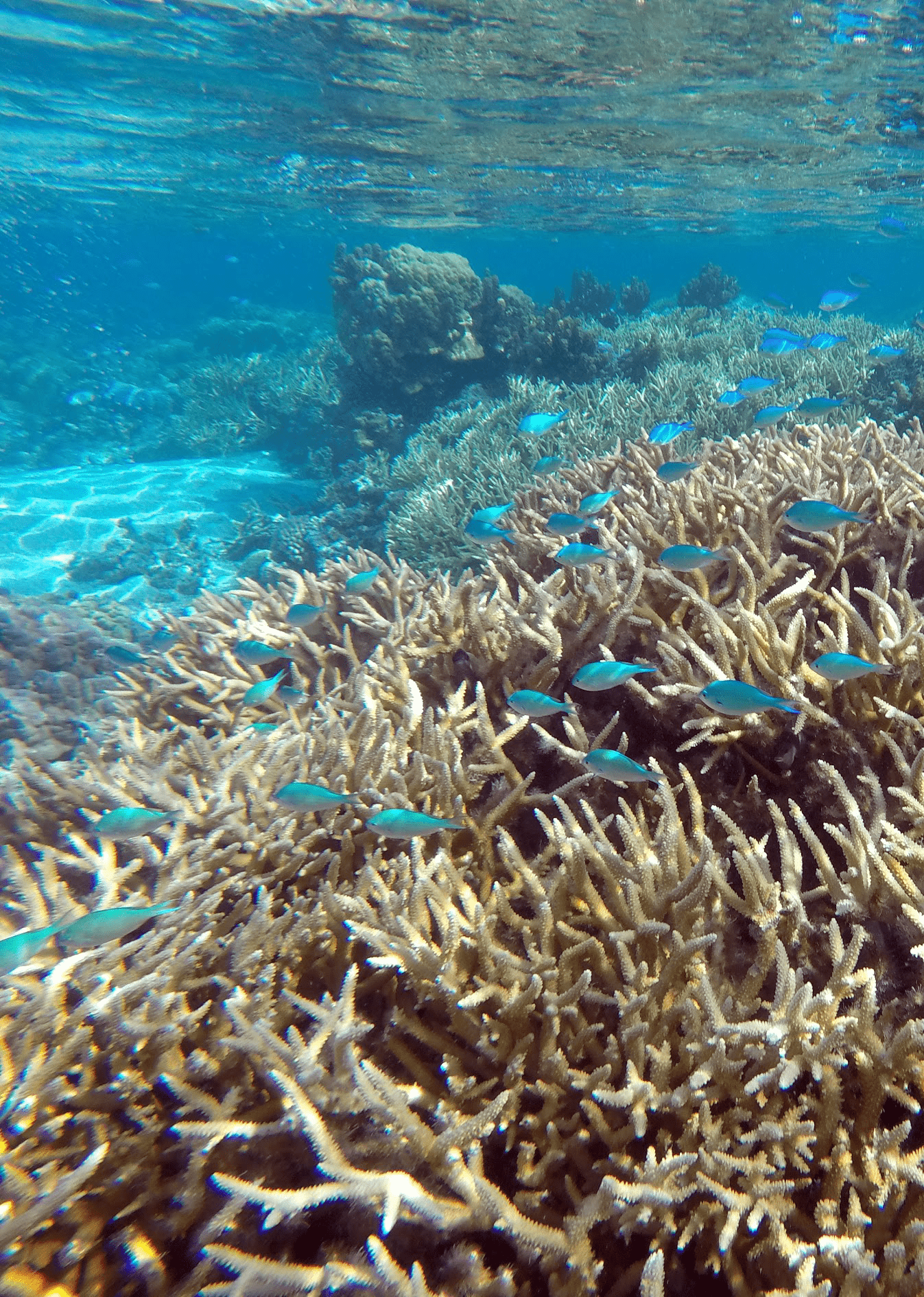 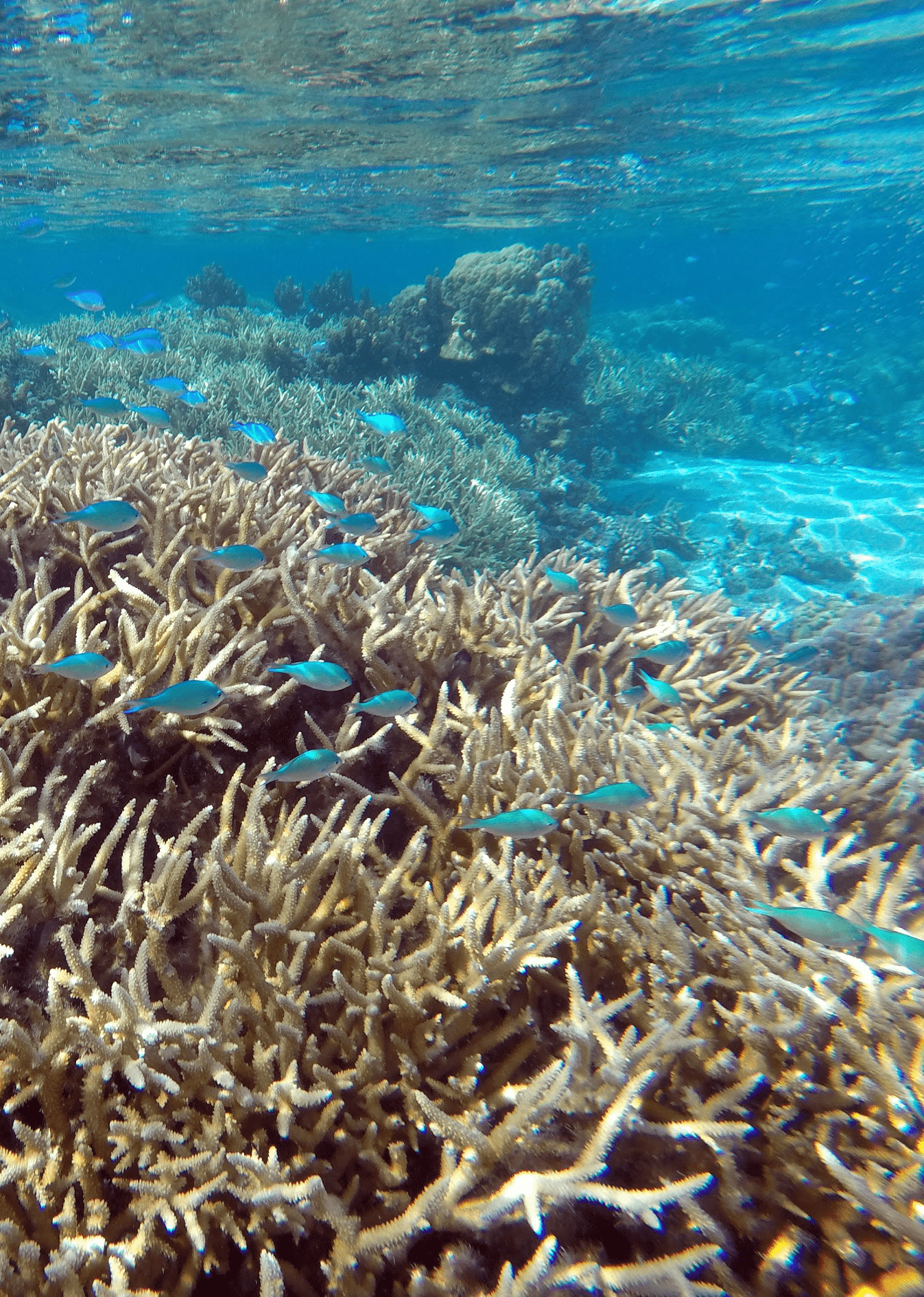 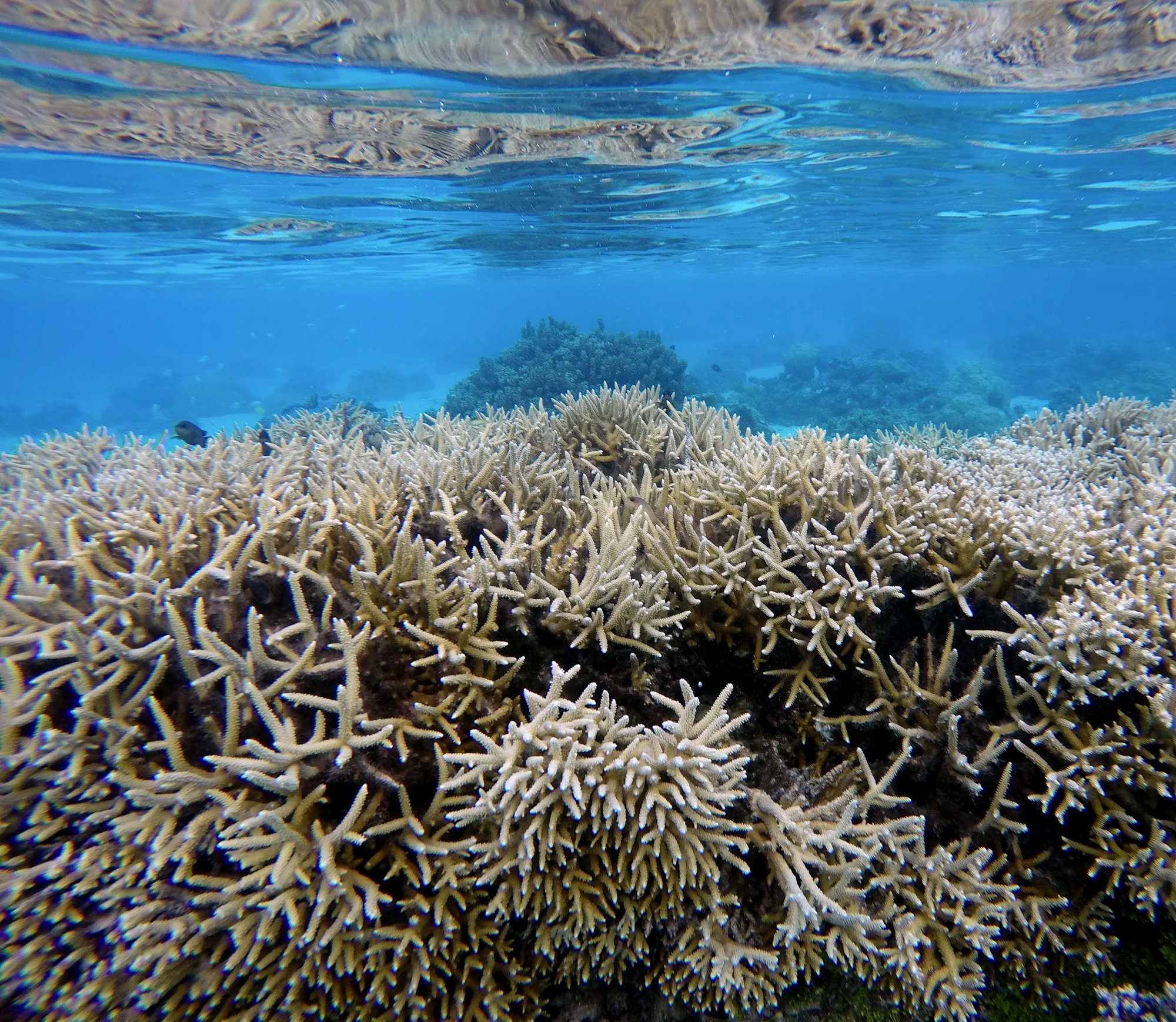 Corals cannot escape global change, they have to deal with its effects. To do so, these corals interact with symbionts and other microbes to produce acclimatized phenotypes.
2

While it is clear that there is a cause-effect link between environmental changes and coral responses, the nature of the mechanisms participating in this process is still unknown.
3

We hypothesize that environmental changes will shape energetic balances in coral cells, providing cofactors that will participate in the epigenetic regulation of phenotypic responses.
4

Corals from different groups with diverse ecology and life-history traits will be studied in the field and in the lab, to develop dynamic bioenergetic models for coral-algal symbioses.
5

This project combines experimental and theoretical expertise, leverages on Mo’orea NSF LTER facilities, and the support of five top public research universities in the U.S.
6

The E5 Coral Rules of Life project one the most ambitious and comprehensive research efforts in the world addressing the role of epigenetic regulation during environmental responses in marine organisms.